In the first weeks of 2022, details from a hundred years ago were published in the form of the 1921 Census. This is a fascinating record of the lives of the UK's 38 million people as they were recovering from the effects of the First World War. Although there have been no recent wars on the scale of WW1, the similarities are uncanny.

Back in 1921, the country was in the grip of a deadly pandemic. Doesn't that sound familiar! Plus, the census alludes to a significant housing crisis. Nothing much changes.

The census details people from all walks of life. King George V and his wife Queen Mary, the current Queen's grandparents, are included. As is the family of James Bartlett, a gas-fitter living in Hove and complaining about his living conditions. He said: "Stop talking about your homes for heroes and start building some". Whilst this echoes current day calls, his family of five living in a single room is thankfully not something we generally suffer a 100 years on.

What the census doesn't show, hints at the huge loss of life from the war. 1.7 million more women than men. The largest difference recorded in any UK census. Plus a 35% increase in the number of people in hospital. A significant number of these must have been due to the terror of recent years. 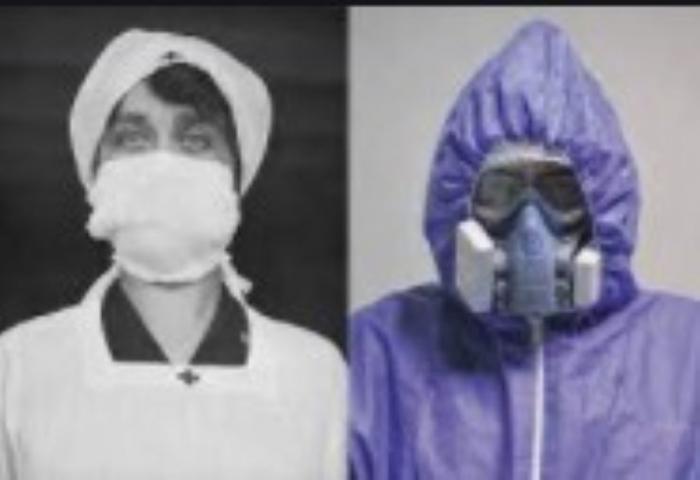 The other major event of the time was the Spanish Flu pandemic which is thought to have killed more people than died in the Great War. The pandemic did not originate in Spain; they were neutral in the war and therefore free to publish their illness and mortality reports. This gives a false impression that Spain was hit harder by the pandemic. In fact, it is likely to have its roots in America where it was spread largely by troop movements. It has left its mark quite literally on the census. Many of the pages bear the stains of disinfectant applied by staff conducting the research.

There are some notable names listed among the records. J.R.R. Tolkien, the creator of The Hobbit and Lord of the Rings, was documented as working at the University of Leeds. Another important name was a one-year-old boy in Keithley. That small boy would go on to inspire the nation in the COVID-19 pandemic a century later. Thomas Moore became affectionately known as Captain Tom.

Ordinarily, a census is taken every ten years. But Jeff James, National Archives Chief Executive said: "What makes [this census] even more important is it will be the last census released for England and Wales for 30 years with the 1931 census lost in a fire during the Second World War and the 1941 census never taken."

The 1921 Census is available online at www.findmypast.co.uk