The last 70 years have seen many interesting changes

HM Queen Elizabeth II is celebrating 70 years as Britain's longest-serving monarch. Here are some interesting observations from that time. Plus, lessons can we learn by looking back over those 70 years.

In 1952 when the Queen took the throne, life was very different. Post-war tea rationing ended that year and the first TV detector van took to the streets. Not that there were many televisions as they cost the equivalent of Ł1800. These days televisions can be found in pretty much every household as can the ubiquitous fridge which back in 1952 cost Ł1000 in today's money.

On average we spent 30% of our income on food compared with just 10% today. In London, 4000 people died each year due to the toxic smog and across the country, tramways were being taken up to make way for more cars.

The UK economy was the world's third-largest behind the US and the Soviet Union. Winston Churchill's conservative government had significant gold reserves from 84 Commonwealth countries and Sterling was the currency for half of the world's trade. The country was emerging from wartime austerity and GDP was high but falling from the 250% peak. Interest rates were low which was stimulating growth and employment.

The workforce included 35% of women compared to 72% today. The average weekly wage was around Ł6 which has grown 100 times to just over Ł600 during the course of Elizabeth's reign. Of course, prices have increased over this period too but not as fast. Based on Bank of England inflation figures, the increase has been 20 times.

Like today, the 1952 population were staring at high inflation and a cost-of-living crisis. Inflation jumped from 2% to 10% and commodities were more expensive in part due to the Korean war. Does this sound familiar?

By far the biggest change has been a transition from industry to a service economy. This has driven a widening gap between the UK's regions. But we are definitely better off overall.

In the last 70 years, the economy has grown by a factor of five and the population has roughly tripled. These have led to incomes that are around four times bigger. In today's money, GDP per person has jumped from Ł8500 to Ł32600.

Overall state spending has remained largely constant increasing from 41% of GDP in 1952 to 43% in 2022. However, the changes within that spending have been dramatic. Healthcare has gone from 7% to 20% while defence has dropped from 23% to 5%.

The reign of Elizabeth II started at the same time as a house building frenzy. In the first 6 years, 2.1 million houses were built. Of those, 1.4 million were built by local authorities. Unfortunately, the pace of new housing quickly faded and housing numbers fell behind.

Whereas for most things, pay has kept well ahead of prices, this is far from true for housing. The average price was Ł1896 in 1952 which is Ł40k in today's money. Compare that with the average house price in 2022 of just over Ł260k. It is clear that house price growth has vastly exceeded inflation and earnings.

On average, a house in 1952 cost four times the average male wage. Now that figure is eight times. 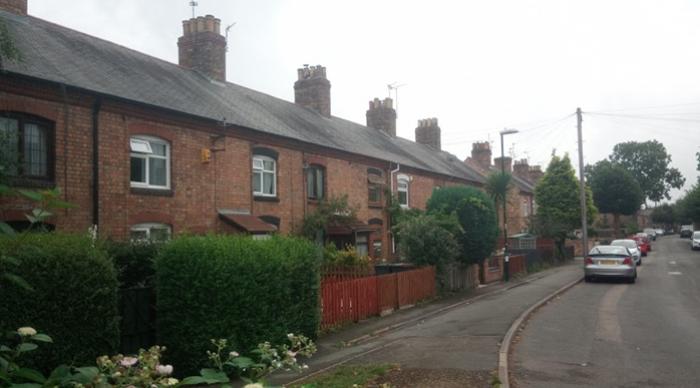 All these trends of the last 70 years imply strained public finances and social stability in the future. Back in 1952, there were 5.5 people of working age for every over 65. Today there are 3.3 and lower birth rates and longer lives mean it continues to head lower.

With a lower percentage of people supporting an increasing population and ever-increasing house prices, there are huge challenges for our leaders but property investment remains an attractive option as we look forward to the next 20 years. Rights now 20 years may seem a long way away. Yet, it will be here quicker than you think. Baring a revolution, it should also be about the time of the coronation of William V.